Dwight Yoakam Concert, Ghost Tours, and more to do this weekend 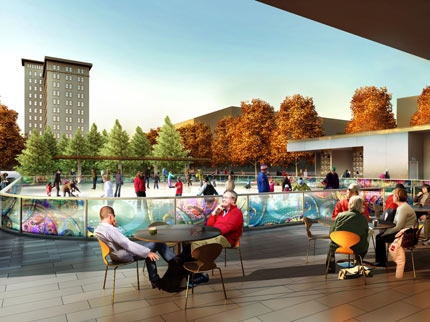 There’s lots to do in Oklahoma City this weekend, August 16-18.

The legendary Dwight Yoakam will be in Norman, Oklahoma this coming Friday for a concert at the Riverwind Casino.  The world-renown singer and actor has recorded over 21 albums and sold a whopping 25 million records.  Starting at 8PM,  tickets for the show start at  $50.

If a concert isn’t your cup of tea, maybe a good spook will get your adrenaline pumping.  On Saturday, the historic Fort Reno in El Reno will host ghost tours led by researchers and paranormal experts.  Stories of spirits and murders will be told by leading paranormal investigations teams.  Organizers encourage taking photographs, as many strange occurrences have been documented over the years.  Tickets for adults are $10 and $5 for children ages 5-12, with the tours starting at 8PM.

Finally, what better way to wrap up the weekend than with a baseball game downtown?  The Oklahoma City Redhawks will take on the Albuquerque Isotopes on Sunday at the Chickashaw Bricktown Ballpark.  Great for the whole family, the facilities are consistently ranked as one of the nation’s top for Triple-A teams.  First pitch is at 6:05 with tickets starting at $8.75. Visit their website for more details.

We use cookies on our website to give you the most relevant experience by remembering your preferences and repeat visits. By clicking “Accept All”, you consent to the use of ALL the cookies. However, you may visit "Cookie Settings" to provide a controlled consent.
Cookie SettingsAccept All
Manage consent

This website uses cookies to improve your experience while you navigate through the website. Out of these cookies, the cookies that are categorized as necessary are stored on your browser as they are essential for the working of basic functionalities of the website. We also use third-party cookies that help us analyze and understand how you use this website. These cookies will be stored in your browser only with your consent. You also have the option to opt-out of these cookies. But opting out of some of these cookies may have an effect on your browsing experience.
Necessary Always Enabled
Necessary cookies are absolutely essential for the website to function properly. This category only includes cookies that ensures basic functionalities and security features of the website. These cookies do not store any personal information.
Non-necessary
Any cookies that may not be particularly necessary for the website to function and is used specifically to collect user personal data via analytics, ads, other embedded contents are termed as non-necessary cookies. It is mandatory to procure user consent prior to running these cookies on your website.
SAVE & ACCEPT